So this Sunday marks my 11th mid-May celebration of being a mother. I am so lucky to have 3 beautiful, precocious sons who are smart, capable, loving and creative. This Sunday also is the second weekend of “Genevieve and the Wild Sundays” CD Release tour- we will be on Salt Spring and Pender Islands. So I guess that means that I will be away for most of Mothers Day- the day I “should” be with my children. Do I feel guilty?? Of course!!! I wouldn’t be a Mother if I didn’t!! I especially felt guilty when my littlest, Joah, today in the car said “I have your Mother’s Day present… do you want it today??” and I said “No, sweetie, wait till Mother’s Day”. When, of course, today would have been a much better day for me to receive said gift, for us to get sentimental and for me to shower him with gratitude for being such an amazing son. 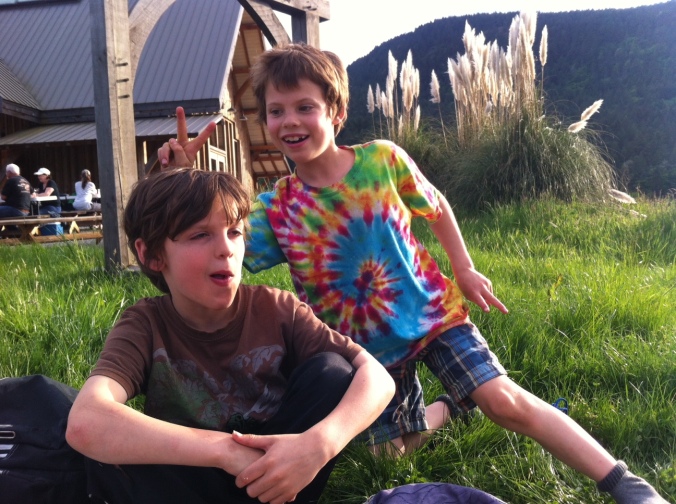 But somehow, I deferred the gift to the Hallmark Sunday when I won’t be seeing him until after he’s has a weekend with dad and brothers, late nights and grandparents (which all usually equal extra sugar). Whoa is me. 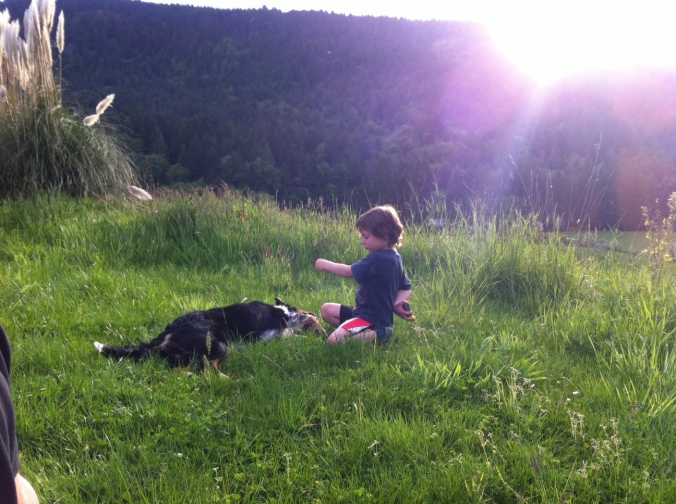 Right now, it’s mid-week, before Mother’s Day, and I’m in the throw’s of my life that ISN’T music- working at the winery, prepping kids lunches, doing dishes and laundry, hoping to get into the garden, and preparing my hubby’s birthday party tomorrow. I live such a (quazi-) normal, domestic life you’d never know that my band had a such a glowing review in the latest BC Musician Magazine, or that we’re embarking on our CD release concert series next weekend.  But then, I highly suspect that many of those so called “normal domestic” mom’s are also living out crazy, creative, and (like me) slightly deluded lives.

Just to make myself feel better here is what Dave O Rama had to say about our CD “Fine Line:

An active musical collaborator and trainer dancer hailing from the Cowichan Valley, Charbonneau has played in several music projects, including the Twisted Vine String Band, and the award winning Balkan Babes.

Backed by fellow Balkan Babe, Kelly Sherwin (Ain’t Dead Yet, Flash in the Pan) on upright bass, percussion and vocalist Laura Carleton (kivaBEAT), and multi-instrumentalist Chandra Crowe holding it down on mandolin, Charbonneau’s Wild Sundays float through your ears like bluegrass angels.

All the musicians here have collaborated with one another in a variety of Vancouver Island bands and choirs, bringing with them a love for old timey string music, West African rhythms, and flavors from the Balkans, Turkey and the Middle-East.

The playing on Fine Line is accomplished, the production by Wynn Gogol at One Ton Studios is highly polished, and the harmonies are glorious and truly inspiring. More sweet than salty, much more whimsical than jaded, the songs on Fine Line go  down like cold iced tea in a sun kissed garden on a lazy hazy afternoon.

So yes, I feel blessed! So lucky that I can do what I love, feel supported in that and that I have the freedom to write whatever I want in this blog (and in songs!) Thank-you!!