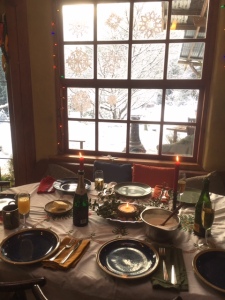 So the scraps of Christmas paper are slowly being picked up, the chocolate consumed and the new toys finding their way into the playroom. We had a lovely white Christmas this year- all 8 of us were even healthy. Now in this lull between Christmas and New Years I can reflect on this year and what it brought me and my writing.

This summer I decided to work less at the winery in order to take more music gigs, and that was a mixed blessing- I had more time and weekends for music and family, but I made less money overall. I would say I had more fun for sure though! We had great gigs at Coombs Bluegrass Fest, Islands Folk Fest, Cortes Island, Beacon Hill, Spirit 150 etc… 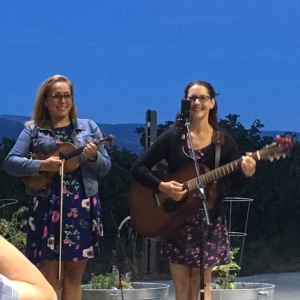 Ivonne and I had a couple shows as a duo, which was cool- it’s clear that we can pull off quite a lot of songs, with Ivonne singing harmony as well as lending her amazing fiddling chops. We spent a week at Nimblefingers where I learned a lot from the great guitar-picker and crooner Greg Blake. 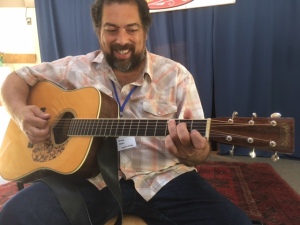 I went too hard there though- I ended up extremely sleep deprived, dependent on sugar and alcohol and totally crashed on my return, with insomnia and anxiety. It was a scary experience that I do not want to repeat. During that strange mental state though I had a kind of lucid creative experience that continued for months- I pumped out probably 10 songs or so with many more incomplete song starts. 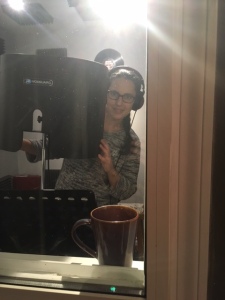 I had been feeling like it was time for another album… and I planned a recording session with Joby Baker in November 2018. That seemed like a long time away though so when my friend Tanya Gillespie suggested I record some songs with her I figured why not make a simpler, pared down album with her before the album with Joby. More on that process can be found in my indigogo campaign:

Heart is a Tower- new cd

This fall I also made another video with Chris Wilson- a live video of the trio, which is necessary for getting bookings. We also started creating a doc-style video that will showcase the band live, interviews and fun footage of us working together. Hopefully that will come out in the spring (if I can find the money to finish it!!) 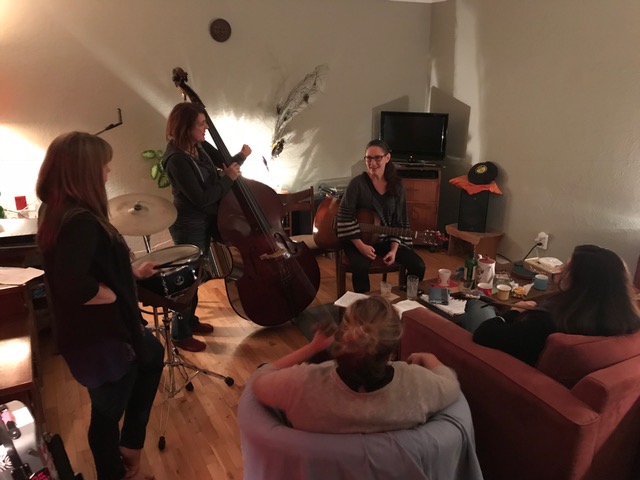 This fall I also started taking Kung Fu with the kids. It has shocked me how much I love it- I’ve never done any martial art but my dance background makes it pretty easy for me to catch on and I LOVE the work out I get. 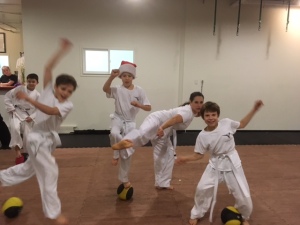 When I started I could do 3 push ups and now I can do 20, or more if I take breaks! The staff are great, the vibe is so positive and I love the discipline it requires.

Another highlight of the past year includes some recognition: I won the BC Musician Songwriting competition which includes a songwriting intensive in Wells, BC. I supposed to do it this past summer but had a conflict so I will participate in 2018, which I am very much looking forward to. “Down Down Down” was also a finalist in the International Songwriting competition. Wynn Gogol won a 2017 Vancouver Island Music Award for Producer of the Year for our Fine Line album and the album had 2 other nominations including Album of the Year and Folk/Roots Recording of the Year.

So onward to 2018. I hope that the state of things in this crazy world improves as it really is disheartening to see so many awful things unfolding. In the meantime, I hope to pump more love and joy into my own small world and hope some if it trickles out beyond.